Wait, Why Did PA Hire an Israeli Counter-Terror Firm to Spy on Nonviolent Protests? 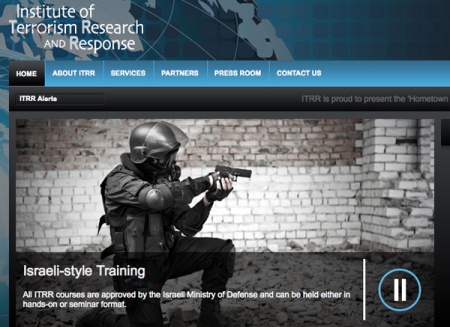 As you likely heard, PA Gov. Ed Rendell angrily ended a contract yesterday with a Philly-based firm called the Institute of Terrorism Research and Response after it came to light that they were involved in spying on local activists of all kinds.

The organization offers an array of “counter-terrorism” services, including training in “Israeli-style” combat tactics, emergency response management, and intelligence gathering.

On their Website, they boast a “24/7, global, multi-lingual intelligence team – the Targeted Actionable Monitoring Center (TAM-C) – whose forte is actionable intelligence which gives organizations the ability to prevent future threats”. Presumably, these are the folks that were scoping candlelight vigils and gay festivals.

They also offer a customized service called Threat and Hazard Monitoring, which utilizes a “team of ‘information miners’ and on-the-ground resources” to “constantly scan open and closed sources of information” for threats and “leverages ITRR’s international contacts and sources to provide live intelligence from the field.”

In other words, professional spies for hire. And these guys are no joke. According to their LinkedIn profiles, several employees are veterans of the Israeli military, intelligence and local police forces and have real-world counter-terrorism experience. Pretty hardcore.

This firm was hired by the state government. They have an assortment of products and services that they offer. Clearly, somebody had to select which services they’d be hired to perform (eg, “Threat and Hazard Monitoring”). So, who told these guys to go spy on animal rights activists and anti-drilling protesters? Or did they just up and do it without being told?